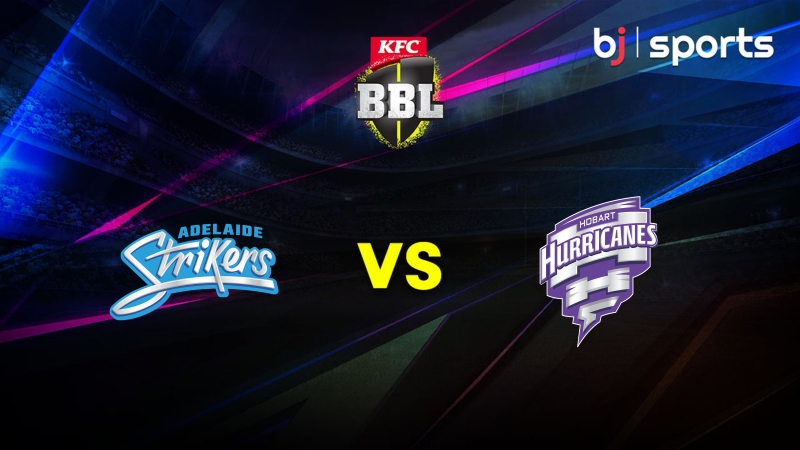 On Thursday night at the Adelaide Oval, Match 30 of the 2022–23 Big Bash League pits Adelaide Strikers against Hobart Hurricanes. Despite the Hurricanes having played one fewer game than the other team, both teams have six points thus far in the tournament. At 18:45 local time on January 5th, the game begins in Adelaide.

Despite scoring 177 runs in their most recent game, Adelaide Strikers lost by seven wickets with 16 balls left. They will have a great chance to resume winning in this game with Henry Thornton’s return.

The Hobart Hurricanes have not yet recorded back-to-back victories in the competition, but they are confident after easily defeating the Strikers just three days ago.

The weather will be bright and 23 degrees when the game starts. After the sun sets, the temperature will drop to 18 degrees, with a 65%+ increase in humidity.

In every BBL match played at Adelaide Oval this season, the club that won the toss choose to bat first. Both captains are likely to want to start the game with the bat.

The Adelaide playing surface provides both bowlers and batters with options. On this pitch, a par score of roughly 160 is predicted.

The Adelaide Strikers has no recent injuries or player absences going into this match. After missing the previous two games due to an abdominal injury, opening player Jake Weatherald is anticipated to make a comeback. Following his last-game rest, Henry Thornton will rejoin the club.

Ben McDermott, the 2021–22 BBL’s leading run scorer, was happy to return to the Hobart Hurricanes lineup after missing a few games over the Christmas holiday due to a hamstring injury. The starting XI won’t likely change for this match. 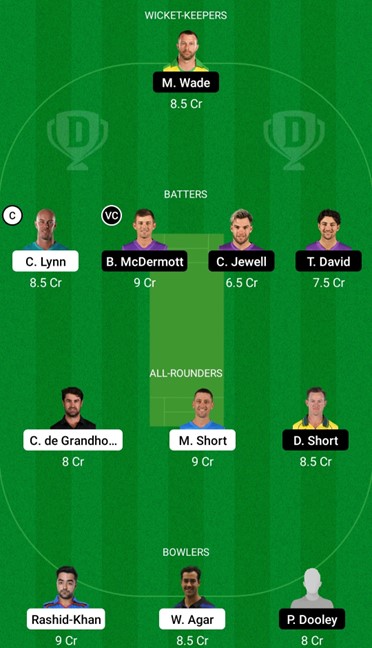 Adelaide Strikers will be trying to beat Hobart Hurricanes in order to snap their losing streak of four games in a row. The Hurricanes, on the other hand, appear to be in the greatest form of the competition thus far, and a victory for them may see them advance into the top four spots. Both teams have individuals that can win matches, but Hobart’s players have been the most reliable in recent contests. We believe the Hobart Hurricanes will prevail in a close game.