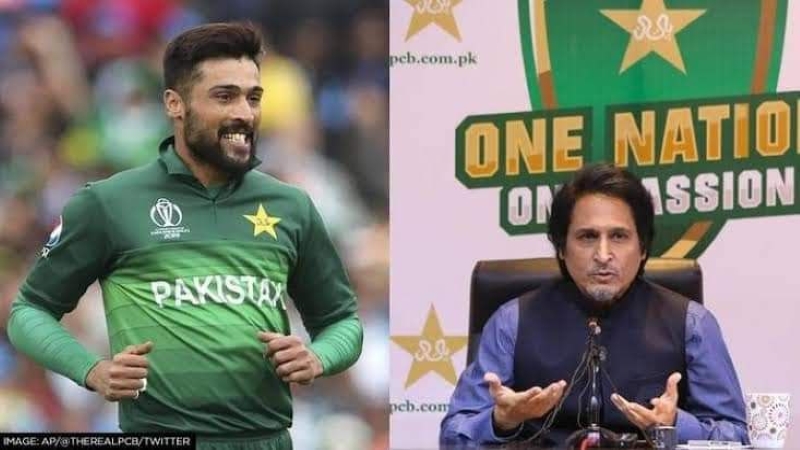 The conflict of the board officials with the cricketers is now an open secret in every country. Board president Sourav Ganguly’s rift with out-of-form former India captain Virat Kohli has also come to light in the recent past. On the other hand, the news of players’ arguments with the board officials is a daily occurrence in Pakistan cricket.

For example, the country’s star pacer Mohammad Amir has recently criticized Pakistan Cricket Board President Ramiz. After Ramiz took charge of PCB, this pacer was hoping to break his retirement and return to cricket. That’s why he withdrew his retirement. However, after taking charge, he did not show any interest in taking Amir into the team.

Recently, in a conversation with Pakistani TV channel Sama, Aamir got angry with Ramiz in response to a question, ”You know, Ramiz Raja’s long-standing love with me, which will not end. It should be understood why I withdrew my retirement when he took charge. I don’t think he should be talking about me in such a situation. ”

Claiming that Ramiz is stuck in the greed for power, Amir said, ”Others may feel bad hearing that it is difficult for others to change their position. But you can easily change the position for yourself. My question is right here. I am not saying anything, he himself said everything. ”

Aamir also said, “If you watch the old video, you will understand, he said, if Imran Khan leaves, I will not sit on the chair even for a minute. Now his position has been changed. In words, let the life go, let the chair stay. The chair is loved by everyone. Surely it is true for him also. Must be having fun. That’s why he’s clinging to the chair. ”