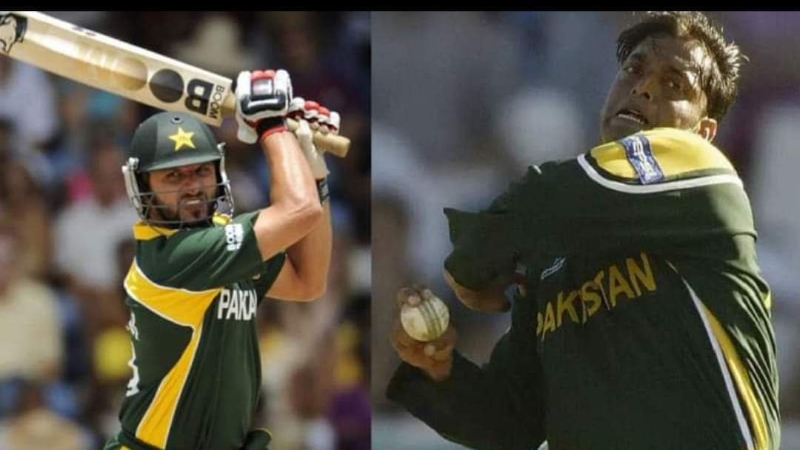 Facing Pakistan in the nineties was not so easy. In 1992, India also lost to repeatedly in front of the world winning team. Their main weapon was bowling, batting was not bad either. However, according to many, the current state of Pakistan’s cricket team is much weaker than before. Now let’s know about the five records held by Pakistan cricket which are difficult for other teams to break.

1) Lasting at the crease:

In 1958, Hanif Mohammad stayed at the crease for 970 minutes in a Test match against the West Indies – a world record that has not been broken in the last 60 years. In that match, he played a historic innings of 337 runs.

Wasim Akram is famous for his swing bowling. But he was also effective with the bat. He hit 12 sixes in a Test innings against Zimbabwe in 1996. So far no one has broken this record. Incidentally, he remained unbeaten on 257 runs in that innings.

In 1996, Shahid Afridi scored a century in just 37 balls against Sri Lanka in his second match. It was later broken by Corey Anderson (36 balls) followed by AB de Villiers (31 balls). Yet Afridi’s century is the best for many, as it was his first ODI innings.

Shoaib Akhtar is known as the fastest bowler in world cricket. The former fast bowler bowled at 161.3 kmph against England in 2003 – a world record. No bowler has bowled at this pace till now.

5) Maximum runs in a calendar year:

Mohammad Yusuf was the best batsman of his time. Became the highest run-scorer in 2006 (in a calendar year). According to statistics, he scored 1788 runs at an average of 99.83 in 11 Tests that year. So far, no batsman has scored so many runs in a calendar year.