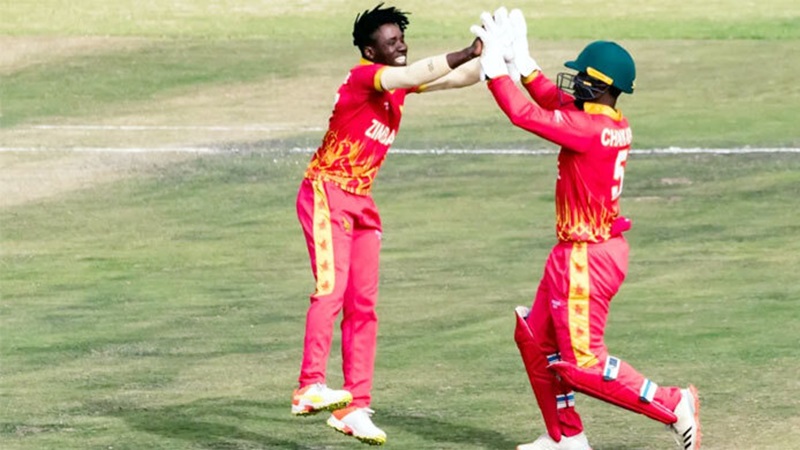 Tuesday we saw the third edition of the three-match T20I series between Zimbabwe and Bangladesh. Zimbabwe defeated Bangladesh by 17 runs in the opening game. Due to outstanding bowling, Bangladesh won the second game in Harare by 7 wickets. With these, the series’ parity was restored. However, Bangladesh was unable to hold on since they fell short of the goal set by Zimbabwe in Harare yesterday, forcing them to depart the field in defeat. With that, Zimbabwe left with the series.

This time, Bangladesh and India competed against one another in the seventh T20I series combined. Tigers ruled the previous six occasions. However, Bangladesh, who had arrived for the seventh time, was unable to continue the series. They had to suffer a 10-run defeat in the series’ last game. With that, Zimbabwe defeated Bangladesh in a T20I series for the first time.

Ryan Burl’s batting is the only factor in Zimbabwe’s triumph. Burl sparked a storm as they were losing 6 wickets for 67 runs. From one over by Nasum Ahmed, Burl scored 34 runs. Burl scores five sixes and two boundaries. Based on his turbulent innings, Zimbabwe was ultimately able to score 156 runs.

Still, 157 runs are the goal. It didn’t matter much. However, the batters from Bangladesh were also unable to reach this goal. 8 wickets were lost for 146 runs, forcing the team to surrender.

Before the final game, the captain needed to be replaced. Due to injury, Nurul Hasan Sohan can no longer participate in the match. Instead, Mosaddek Hossain was entrusted with the role of leader. When Mosaddek Hossain assumed control of the national team for the first time, he had to experience defeat.

After setting out to chase the 157-run goal, Bangladesh required at the very least a sizable partnership. But no significant duo has appeared. None of the veteran batters could hold their own against the Zimbabwean bowlers. Unfortunately, the team consistently lost wickets one after another.

For the 157 run goal, Litton Das and Parvez Hasan Emon entered the batting order. A storm was announced by Litton. But Zimbabwean pacer Victor’s influence caused the two openers to stumble. One scored 13 runs, while the other only managed two.

Everybody hoped Anamul Haque Vijay would take action. But in the most recent game, when a strong innings was anticipated of him, he was dismissed for just 14 runs. Nazmul Hossain Shanto is likewise demonstrating failure after failure. After completing 16 runs off of 20 balls, Shanto left the game.

Since the final game will decide the series, Mahmudullah Riyad’s expertise may also be helpful. He only finished with 27 runs, though.

Mosaddek was under strain because of the captaincy’s responsibilities. Also unable to do much with the ball. He brought the bat down to the field before quickly leaving. He headed back to the changing room after a golden duck.

Mehidy Hasan received all of Afif Hossain’s effort. However, that opportunity was lost when Mahdi was caught for 22 runs off of 17 balls. For three runs, Hasan Mahmud was out. Only Afif put up a good fight. He had a perfect score of 39 off 27 balls.

Player of the match – Ryan Burl

Player of the series – Sikandar Raza 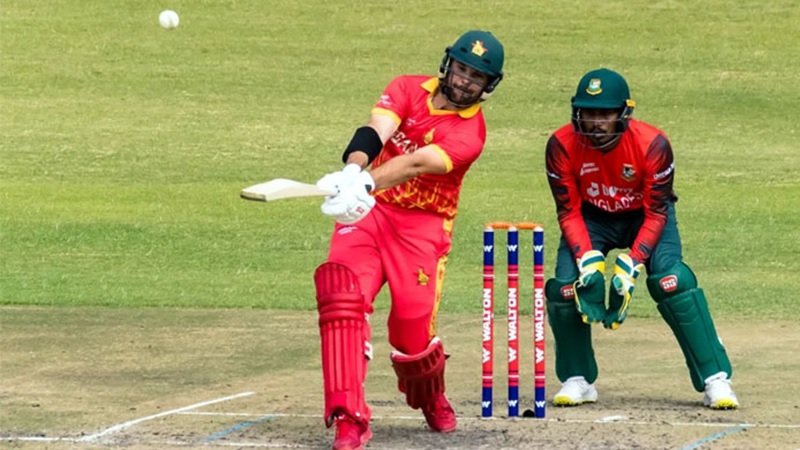