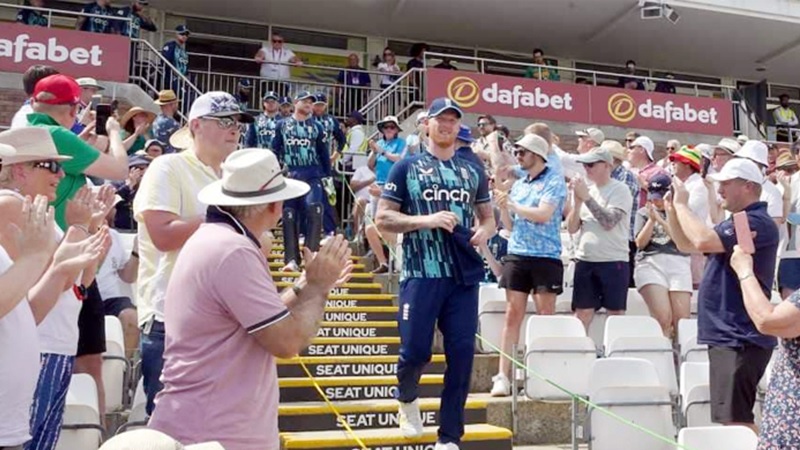 South Africa and England met in the first of the three-match ODI series on Tuesday. The 1st ODI match was played at the Riverside Ground, Chester-le-Street. In Ben Stokes last match, South Africa scored a huge run first, in the 2nd innings batting well at first but England could not make it a win at the end.

After losing the toss, England fielded first. Stokes was kept in front by his teammates when he entered the field. There was a farewell atmosphere in the whole stadium. The star all-rounder was given a ‘guard of honour’. The audience of the stadium applauded him together.

Batting first, because of Rassie van der Dussen’s career-best century South Africa post a massive mountain of 333 runs for the loss of 5 wickets. Dussen played an innings of 134 runs off 117 balls with 10 boundaries.

Liam Livingstone took 2 wickets for England at the cost of 29 runs. Sam Curran, Moeen Ali, Brydon Carse got one wicket each.

He informed the previous day that this match will be his last match in ODI. Ben Stokes wanted to leave in front of the home crowd at the Riverside Ground in Lee Street, Chester.

That wish was fulfilled. He has taken a deliberate decision to retire from ODIs. But reality doesn’t care about what one person’s emotion holds.

England’s World Cup-winning all-rounder lost himself on the field. The pain of farewell became clear in the eyes and face, the bleeding of the heart as if it had disturbed the veins of the hands and feet.

Coming to the end, he could not do anything memorable with bat and ball. He remained a shadow of himself. He was wicket-less with 44 runs in 5 overs. Later, he ended the international ODI career with just 5 runs.

Stokes’s night of such disappointment also plunged England into sadness. The hosts started the series by losing to South Africa by 62 runs in the first ODI of the day and night.

England made a great start in reply. Jason Roy and Jonny Bairstow scored 100 runs without a wicket in 19 overs for the hosts. From there they lost 6 wickets in 97 runs and fell out of the match.

Anrich Nortje was the most successful for South Africa. This pacer took 4 wickets for 53 runs. 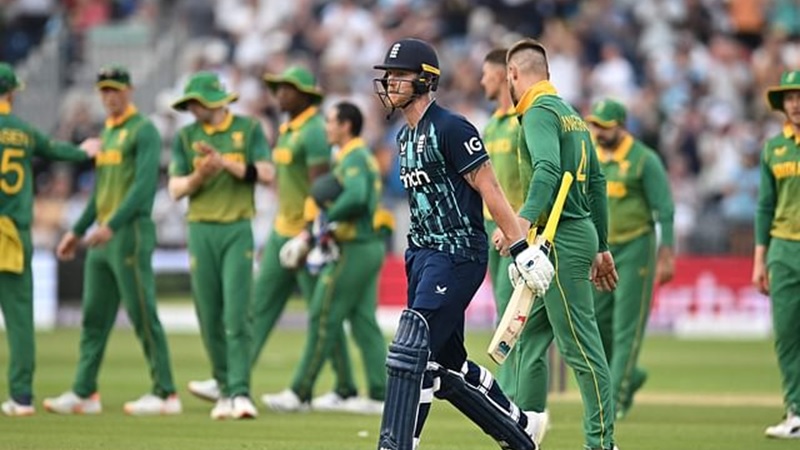